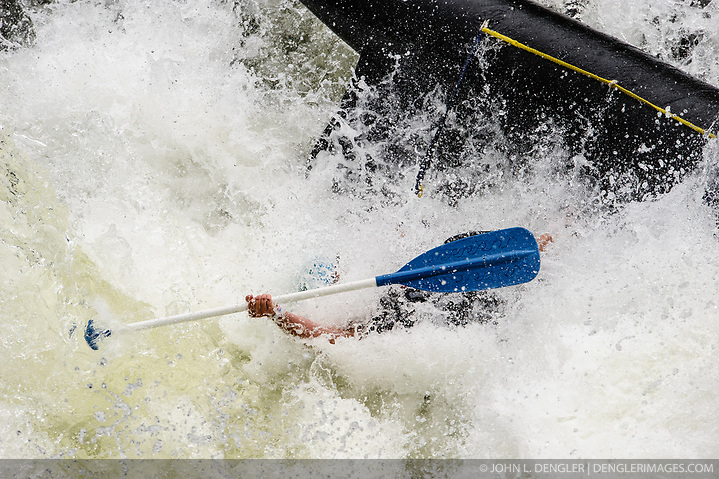 I was saddened to hear about two separate deaths of rafters after they fell out of their rafts on the upper Gauley River in the Gauley River National Recreation Area in southern West Virginia this past week.

The drownings reminded me that whitewater rivers as fun as they might be, show no mercy for beginners and experts alike.

Despite this risk, the upper Gauley River becomes a magnet for whitewater kayakers and rafters from around the world during Gauley Festival weekend and the other weekends in the fall when the Army Corps of Engineers releases water from the Lake Summersville Dam.

I photographed kayakers and rafters the previous year on the upper Gauley River and was amazed how paddlers navigated the incredible force of the river. There were times though when I saw kayakers turn over or pop out of their kayaks or rafters fall out of their rafts. Luckily, all popped-up or were able to get back into their raft or kayak.

The non-whitewater paddler, might assume that the more spectacular rapids like Pillow Rock and Sweet’s Falls would be the most dangerous spots on the Gauley River, but the drownings this past week took place at the Iron Curtain Rapid and the Fingernail Rapid both known for having dangerous undercut rocks which are often the cause of deaths on the Gauley River.

It goes without saying to always wear a life jacket when on any form of water, carry additional safety equipment required for your craft and task, have the physical strength and endurance for the trip, and never take a risk doing something you aren’t comfortable doing and have the experience and training to do. That said, even an expert can lose to Mother Nature so never become complacent or let your guard down when on the water.

Above: Unidentified whitewater rafters go overboard as they go through the rapids at Sweets Falls on the Gauley River during American Whitewater’s Gauley Fest weekend. The upper Gauley, located in the Gauley River National Recreation Area is considered one of premier whitewater rivers in the country. All made it back to their kayaks and rafts safely.