People think you have to travel far to find interesting subjects for nature photography. That’s not true. In this case, I wanted to test a new video recorder monitor and simply took my gear out into the backyard and spent a few minutes filming a male blue dasher (Pachydiplax longipennis) dragonfly.

The blue dasher, technically a skimmer, is one of the most common dragonflies in North America. Their favorite perches are on plants leaning over slow-moving or calm water like my small backyard pond.

The blue dasher hunts by keeping still, waiting for flying insects to come close by. When an unsuspecting insect does, the blue dasher will suddenly dart from its position to catch it. Blue dashers are voracious eaters, consuming hundreds of small insects a day.

In the video, you will notice the blue dasher in what is known as the obelisk posture where it raises its abdomen vertically. It is believed this posture is a response to heat.

The coolest thing though in my short time watching the dragonfly was seeing its abdomen pulsate with each breath it took. I thought that was pretty amazing. 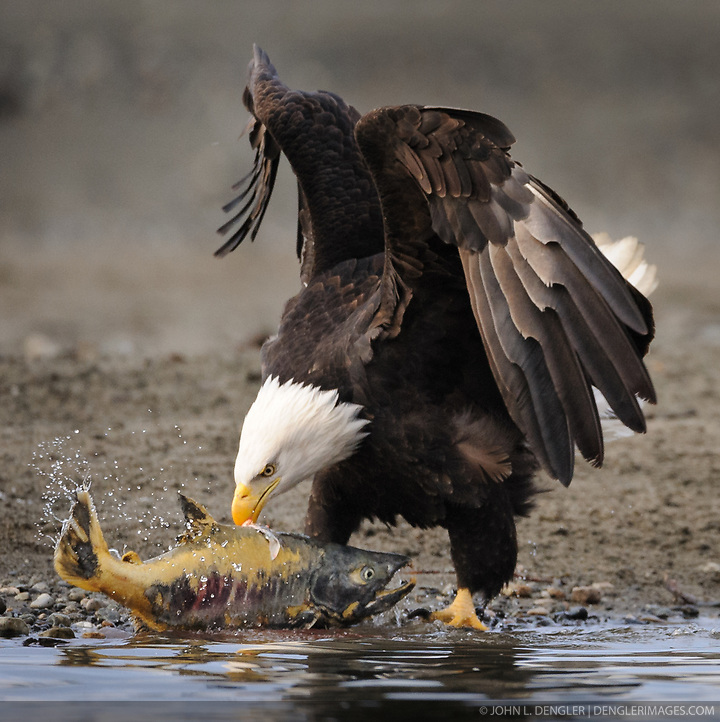 The conflict over establishing a hardrock mine near the Alaska Chilkat Bald Eagle Preserve near Haines, Alaska took a new turn recently with the filing of a lawsuit by an Alaska Native Tlingit tribe and three environmental groups. The group is suing the Bureau of Land Management (BLM), saying that the agency granted mineral exploration permits at the Palmer Deposit without considering how a mine could affect the Chilkat River’s salmon and the Alaska Chilkat Bald Eagle Preserve.

Joining the Tlingit village of Klukwan in the lawsuit against the BLM are the Southeast Alaska Conservation Council (SEACC), Lynn Canal Conservation and Rivers Without Borders. They are represented by Earthjustice, a nonprofit environmental law firm. The group is asking for permits to be revoked.

“We have strongly objected to BLM’s permitting process as it does not take into account the environmental risks from a fully operating hardrock mine.  Hardrock mining is a threat to our Chilkat wild stock salmon and the sustainability of our community.  All five species of wild Pacific Salmon, as well as Steelhead, and Dolly Varden inhabit the watershed.  It continues to feed our people as it has for thousands of years” said Kimberley Strong, Tribal President of the Chilkat Indian Village of Klukwan in a press release announcing the lawsuit. 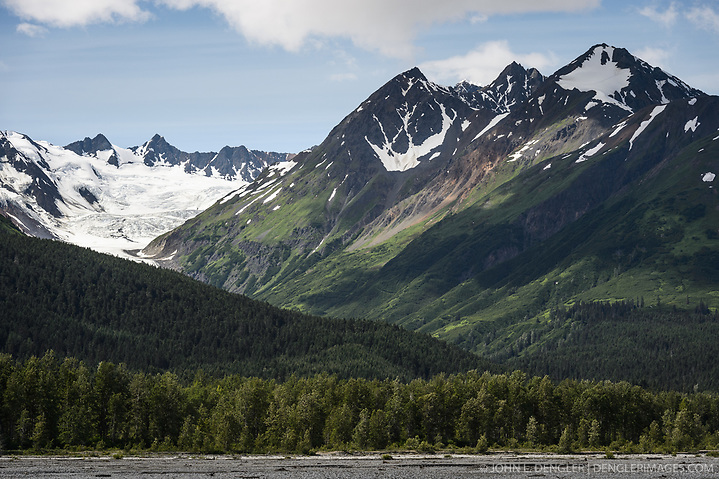 Constantine Metal Resources Ltd. of Vancouver, British Columbia along with investment partner Dowa Metals & Mining Co., Ltd. of Japan are exploring a potential site for a mine just above Glacier Creek and the Klehini River near the British Columbia border. This area (center, on the mountainside in the above photo) is known as the Palmer Deposit. The river at the bottom of the photo is the Klehini River, a tributary of the Chilkat River. The minerals that Constantine’s drilling explorations have found are primarily copper and zinc, with significant amounts of gold and silver. Exploratory drilling to refine the location and mineral amounts are the current focus of the company. 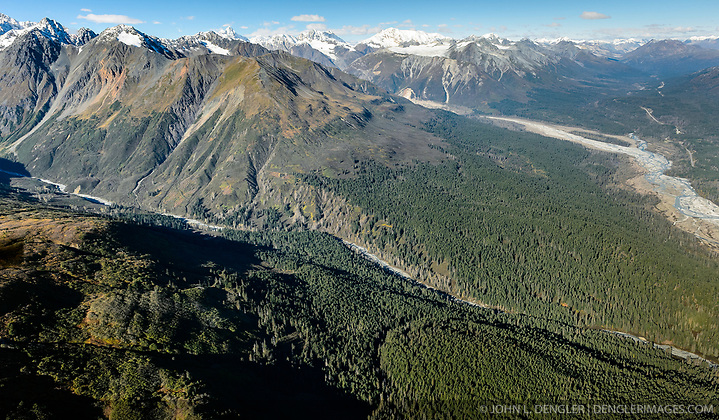 If approved and developed, the mine, near Haines, Alaska would be an underground mine, desirable because of the nearby highway access for transporting ore to the deepwater port at Haines. The Haines Highway can be seen on the right in the photo above. Also pictured is the area of exploration on the mountainside in the above photo(upper left area of photo), Glacier Creek (along the bottom of the photo) and the Klehini River (right side of the photo).

Support for a large scale mine, such as Constantine’s Palmer Project, is divided among residents of Haines, a small community in Southeast Alaska 75 miles northwest of Juneau. The community’s needed economic boost from jobs, development and other mine support that a large-scale mine brings is tempting to some. To others, anything that might put the salmon spawning and rearing habitat and watershed resources at risk is simply unimaginable and unacceptable. Of particular concern is copper and other heavy metals in mine waste leaching into the Klehini River (shown) and the Chilkat River 14 miles downstream. Copper and heavy metals are toxic to salmon and bald eagles.

The Associated Press reported that Liz Cornejo, Constantine’s vice president for community and external affairs, stated the company is reviewing the lawsuit but she had no immediate additional comment. 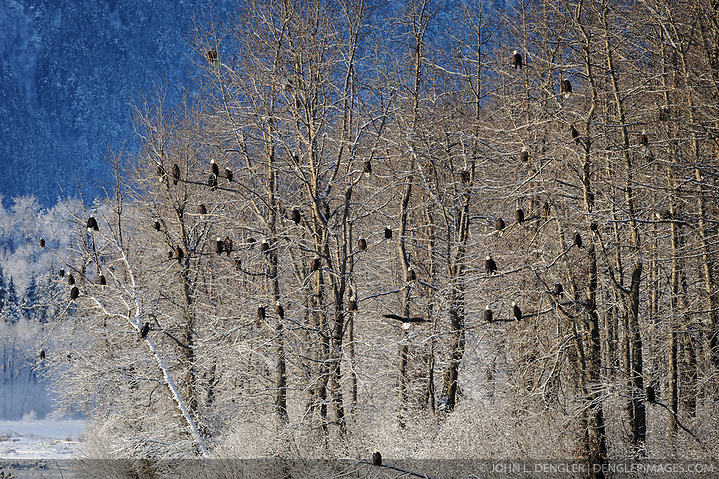 The Chilkat River chum salmon are the primary food source for one of the largest gatherings of bald eagles in the world. Each fall, bald eagles congregate in the Alaska Chilkat Bald Eagle Preserve, located only three miles downriver from the area of current exploration. 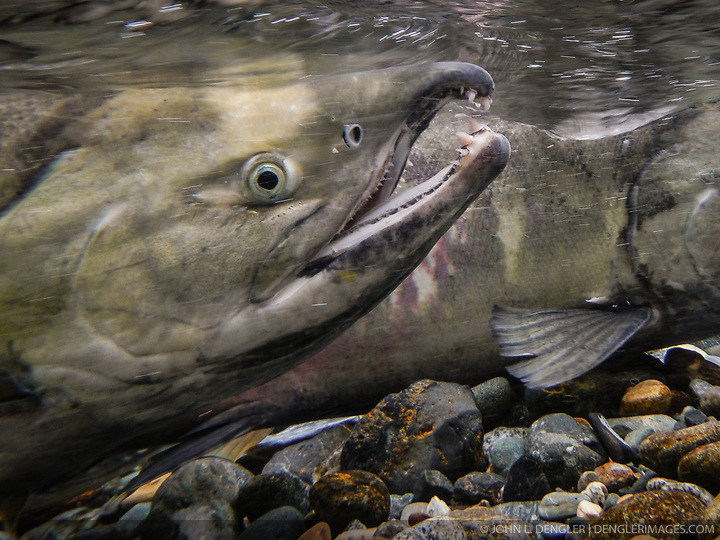 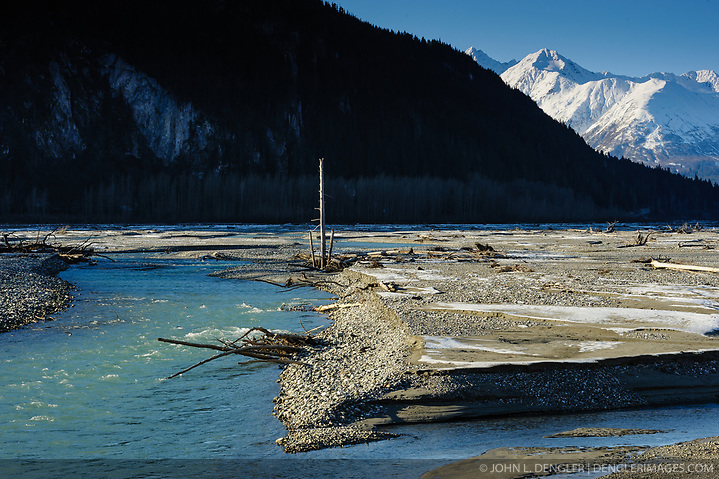 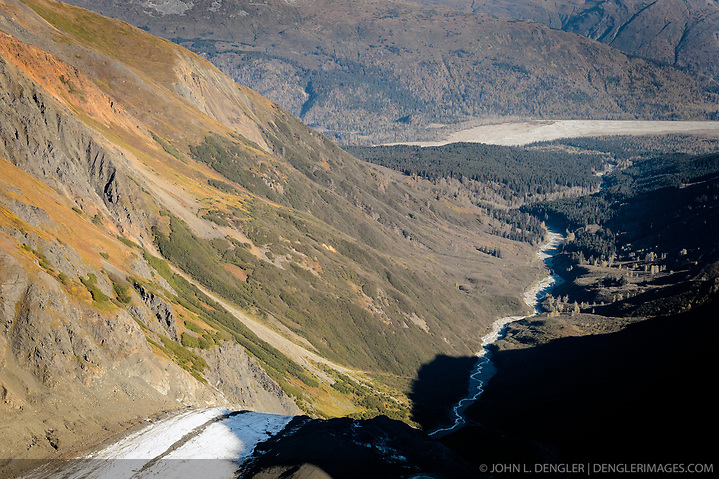 In August 2015, Constantine Metal Resources Ltd. of Vancouver, British Columbia submitted a plan with the BLM to extend their existing access road by 2.5 miles including a switchback road leading to a staging area at the 800 ft. level on the side of the 1,700 ft. mountainside (left). A proposed bridge crossing Glacier Creek would be located in the shadow area in the lower center of the photo with a switchback road leading from the Glacier Creek to the staging area for helicopter and ground-supported activities on the left. The road would also provide access for up to 40 new exploration drill sites. Pictured in the background is the Klehini River. A map showing exactly how this road would appear can be found here 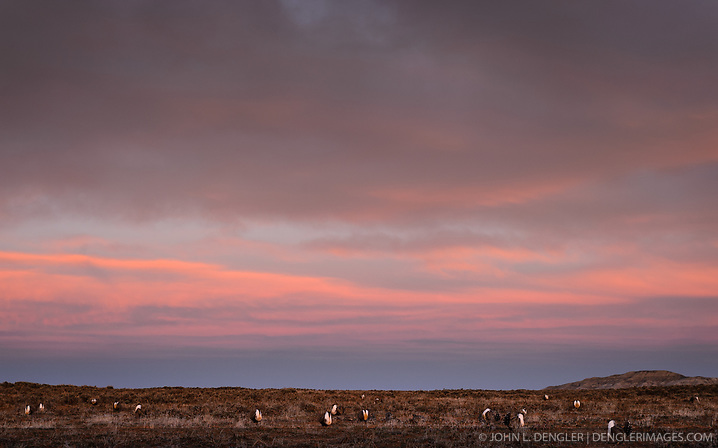 One of my favorite things about photographing greater sage-grouse is the sound they make. It’s an indescribable other-worldly popping sound created when they inflate and deflate their big yellow throat sacs.

What I love about the experience is the anticipation of the greater sage-grouse arrival. It’s pitch black with another hour before the sun even begins to rise. The only sound I hear at that time of the morning is the blind being rattled occasionally by gentle morning wind. I wait and wait in the tight space of the 4’x4’x4′ blind. It isn’t long before, my leg or foot starts to tingle and fall asleep. Suddenly, I hear, but still can’t see because of the darkness, the first sage-grouse announcing its presence on the lek. Usually, that bird is the dominant male who typically is the first to arrive and the last to leave the lek. He does this to claim and protect his prime spot located at the center of the lek.

A few more minutes pass and the flapping of wings announce the arrival of more sage-grouse. Once they join in the vocalization there is complete audio chaos.

If I’m lucky, I’m treated to a ‘symphony’ made up of sounds from not only the greater sage-grouse but animals like song birds or coyotes.

Here is a one-minute recording I made at a greater sage-grouse lek in Wyoming that captured a portion of this symphony. I call it Sage-Grouse Symphony for the Coyote. To appreciate this recording, YOU REALLY need to listen through either earbuds, headphones, or desktop speakers. Trust me — your mobile phone speaker isn’t going to cut it. Enjoy!

ABOVE: Greater sage-grouse gather on a lek at early sunrise in south-central Wyoming.

Two of my favorite images of bald eagles have been published in the October, 2015 issue of Alaska magazine. The photo of the bald eagles fighting served as the full page opener to the “Adventure” section of the magazine while the photo of the eagle wrestling a live chum salmon was part of the “KtoB” (Ketchikan to Barrow) section.

Interestingly, both photos were shot on the same mid-November day on the Chilkat River in the Alaska Chilkat Bald Eagle Preserve near Haines. I recall it being  one of those days where everything just fell into place. The eagles were active and the light was perfect — bright, but not too harsh. In wildlife photography you can wait for days just for one decent photo. Patience really is a virtue in this profession, but on this day my opportunities for good photos were plentiful. While photos of bald eagles fighting over a a dead chum salmon are easy to come by, good photos of an eagle dragging a live salmon out of the river are not. Both photos illustrate a key wildlife photography tip — get as low as possible so you are on the same level as your subject. I was literally laying on the ground to capture the bald eagle dragging the salmon out of the water. One additional benefit of getting low is that your backgrounds are likely to be cleaner, further isolating your subject.

If you have ever wondered what life is like in Alaska, check out Alaska magazine. The magazine features great photography and stories on the people, cultures, lifestyles, and natural wonders of the state. Alaska magazine can often be found at local bookstores and newsstands. Electronic editions/subscriptions of Alaska magazine for the iPad can be found on the Apple iTunes App Store.