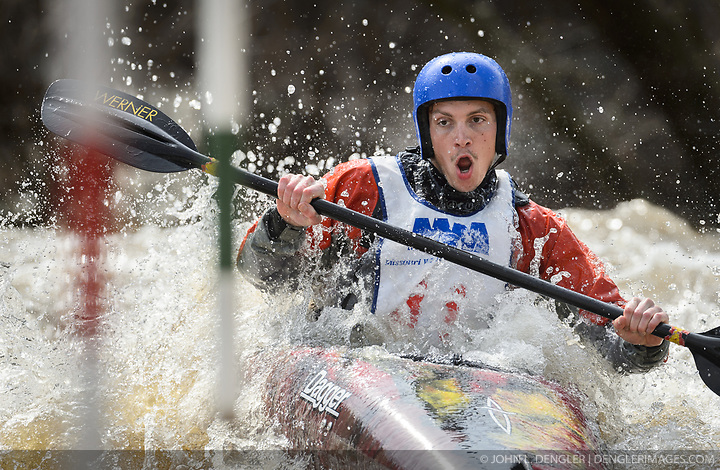 While traveling to and from Glacier Bay National Park and Preserve in Alaska this summer, I spent just a few days in Haines and Juneau. The four and a half hour ferry trip up the Lynn Canal to Haines on the Alaska Marine Highway System M/V Matanuska was spectacular due to the unusually warm and clear weather. Travelers on the top deck acted like they were on a cruise ship in the Caribbean, taking in the sun, mountain scenery, and sights like the Eldred Rock Lighthouse, and historic Fort William Seward.

While in Haines, I checked out folks enjoying the recreational activities in the Chilkoot Lake State Recreational Site. Kayakers were enjoying the unusually calm waters of the lake, and while I was visiting between salmon runs, there were some people testing their fishing luck on the Chilkoot River. I had hoped to see some bears on the river to illustrate the troubling bear/human conflicts that I have witnessed in the past at the river but low number of people fishing keep those conflicts thankfully low.

During flight and ferry layovers in Juneau I made quick trips to the Mendenhall Glacier and the Juneau cruise ship dock with its float planes. Tall fireweed was in full force at the Brotherhood Bridge Park so I tried to capture their beauty with the Mendenhall Glacier in the background. That will be location that I’m sure to try again on return visits as I try to top each previous visit.

ABOVE: Slideshow of photos of Juneau and Haines, Alaska taken during the summer of 2011. (Slideshow requires Adobe Flash). 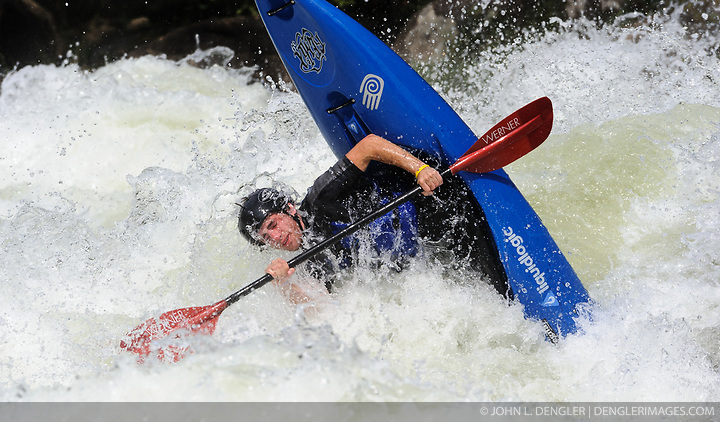 For six consecutive weekends every fall in West Virginia, the U.S. Army Corps of Engineers releases an incredible volume of water out of the Summersville Dam on the Gauley River. These timed releases turn the Gauley River, located in the scenic Gauley River National Recreation Area, into one of the premier whitewater rivers in the country. The river’s 28 mile course through the rugged mountains during these releases features more than 100 rapids and falls ranging from class III to V+.

Gauley season begins the first weekend after Labor Day. I purposely went the weekend of Gauley Fest. Gauley Fest is an American Whitewater’s fundraising event that is held on the third weekend of September. It has been described as one of the largest river festivals in the world with whitewater vendors, food, swap meet, and silent auction — along with the world-class boating on the river.

Those of you who have been following this blog will recall that earlier this year I did some reconnaissance for this past weekend’s trip. My homework paid off. River access along the upper Gauley is very difficult. Not only is road access practically nonexistent (there is however easy put-in access right below the dam), the cliffs and edges that hug the sides of the river are very tall and step. Adding to access difficulty is that significant portions of the river are lined by private land. Since I don’t want you to hold me responsible if you get hurt, or get lost, I’m not going to tell you the specifics of how I reached the river. I will warn you that accessing the river is difficult, especially if you are carrying close to 35 pounds of photography equipment on your back. This is where my backpacking experience along with having my long lens and large tripod configured with my Kinesis long lens bag and pack frame paid off.

Kayaking and rafting action was insanely intense. For most of the time I was afraid look for secondary photos or sense of place photos for fear of missing any of the action. At one rapid known as “Pillow Rock,” I timed a kayak or raft going through every 10 seconds. With this kind of traffic, it wasn’t unusual to see an occasional kayak get mixed up with another kayak or worse a kayak literally run over by a river raft. There was definitely a party atmosphere with kayakers stopping to cheer on others. Some kayakers wore crazy hats and glasses. I was surprised to see the occasional cigarette smoker with an intact cigarette going in a rapid, only to have it bent and broken when they came out. All was not fun and games though. At the same time, serious discussions would take place on the sidelines on how to best tackle a fall or rapid. Running the Gauley is something that you can’t take lightly. A reminder of this was when a hospital helicopter rose upward overhead, presumably taking an injured boater to the hospital.

My goal with whitewater photography is to put the viewer in the boat with the paddler, while attempting to capture the paddler’s emotions. In addition, I usually experiment with slow shutter speed experiments. On this particular trip, I found autofocus tricky to use. Often the spraying water would distract the lens from the intended target. In the end, the hardest part of the shoot (next to hiking to and from the river) was editing. When shooting wild action at nine-frames-per-second all day, you end up with many great photos to go through. It’s a bad situation that is good to be in.

ABOVE: An unidentified whitewater kayaker overturns their kayak going through the rapids at Pillow Rock on the Gauley River during American Whitewater’s Gauley Fest weekend. The upper Gauley, located in the Gauley River National Recreation Area is considered one of premier whitewater rivers in the country.