The Juneau Access Improvements Project is a proposed $570-million road project to extend Glacier Highway out of Juneau for closer road access to the southeast Alaska towns of Haines and Skagway. Juneau, Alaska’s capital, is the only capital city in the United States whose roads do not connect with the continental road network. Currently travelers either have to fly between Juneau, Haines and Skagway, or travel on one of the ferries of the Alaska Marine Highway System.

The plan by Alaska’s Department of Transportation and Public Facilities calls for extending the road 48 miles along the Lynn Canal from its current dead end at Echo Cove north of Juneau (pictured above) to the Katzehin River where a new ferry terminal would be built. From there yet-to-be-built smaller ferries would transport vehicles and passengers to Haines and Skagway with four to eight trips per day.

According to the Associated Press, most of the $570-million road construction cost will be paid by the federal government, with the state picking up approximately 10 percent in matching costs.

The proposal, decades in the making, is a contentious issue within the Lynn Canal communities.

Proponents say that the road will give greater flexibility to travelers, make travel cheaper, faster. According to the Alaska Department of Transportation’s 2014 Juneau Access Improvements Project: Draft Supplemental Environmental Impact Statement, travel time with the new highway and shorter ferry runs would be reduced travel. The report used these examples.

If a direct highway connection existed (at 40-50 miles per hour) the department of transportation estimates these travel times:

Proponents also suggest that extending the current highway will free up resources to improve ferry service to other parts of southeast Alaska by moving the larger ferries currently used and replacing those ferries with smaller ferries that would run shorter distances more frequently.

The proposed highway is not without opponents. During public comment meetings in Haines, Skagway and Juneau, most speakers were opposed to the plan. Reasons cited include difficult and costly construction across steep faces that the road would travel, 41 active avalanche chutes, and over 100 identified land and rock slide areas. Also a concern is the degradation of the world-class scenery due to the highway being rock cut much of the way spoiling views popular with cruise ship passengers, economic loss for small businesses in Haines and Skagway due to better access to Juneau businesses, and general winter safety travel concerns. Some speakers at the public comment meetings were skeptical of the figures for traffic demand for the road. They also expressed concern on how to handle walk-on passengers for the short ferry trips between Haines/Skagway and the proposed unmanned Katzehin ferry terminal. The concern is that travel would become more expensive and difficult for walk-aboard ferry passengers. It is unclear how walk-aboard ferry passengers would secure ground transportation from the proposed remote Katzehin Ferry terminal to Juneau, approximately 90 miles away.

Conservation and environmental groups are concerned about potential impacts on marine and terrestrial wildlife. Concerns include increased animal mortality from vehicle collisions and easier hunter/trapper access, habitat fragmentation by wildlife that typically avoid roads and impact on bald eagle nests. Another concern is for the Steller sea lions (Eumetopias jubatus) who frequent the Met Point and Gran Point haulouts. 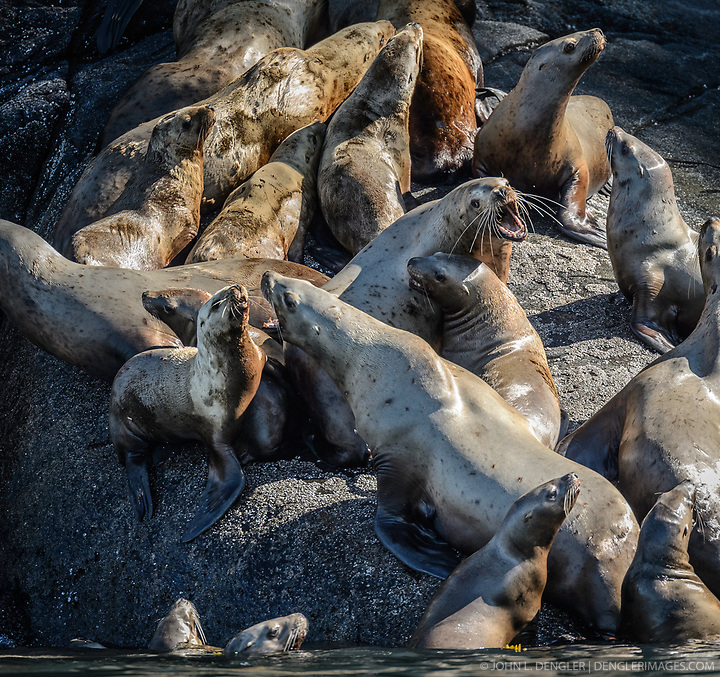 Of particular concern is the haulout at Gran Point, a designated Steller sea lion Critical Habitat Area (pictured above and below). According to the supplementary Environmental Impact Statement, more than one hundred Steller sea lions have been counted at the haulout during the spring and fall. As currently proposed the proposed highway would be built just uphill from the haulout area, approximately 100 to 600 feet horizontally and 50 to 100 feet vertically. 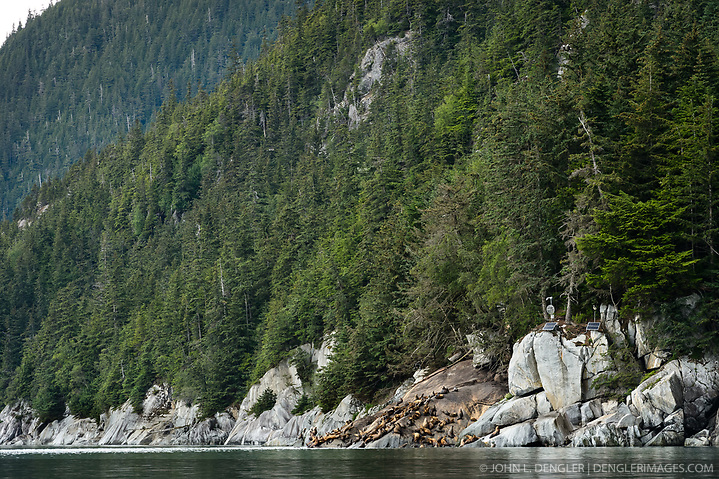 Highway plans near the haulout includes blasting steep rock-cut embankments and several tunnels with one tunnel entrance only 550 feet away from the haulout. There is concern for haulout abandonment by the sea lions during highway construction as studies have shown Steller sea lions are very sensitive to noise, both in and out of water. It was originally believed that construction could take part during a one to five week period when the haulout was unused by the Steller sea lions. New studies, and remote camera monitoring have shown that Steller sea lions now frequent Gran Point nearly year round making the use of explosives and helicopters more challenging. 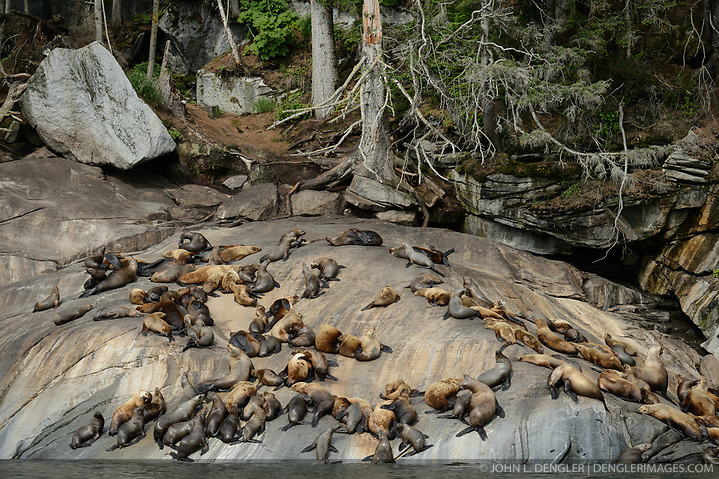 Public comments on the project are now closed. The Alaska Department of Transportation and Public Facilities expects to release their final supplemental Environmental Impact Statement in 2015.

In January of 2015, Alaska Gov. Bill Walker issued an order stopping new spending on this project. He questions whether the state can afford such a project with oil prices falling.