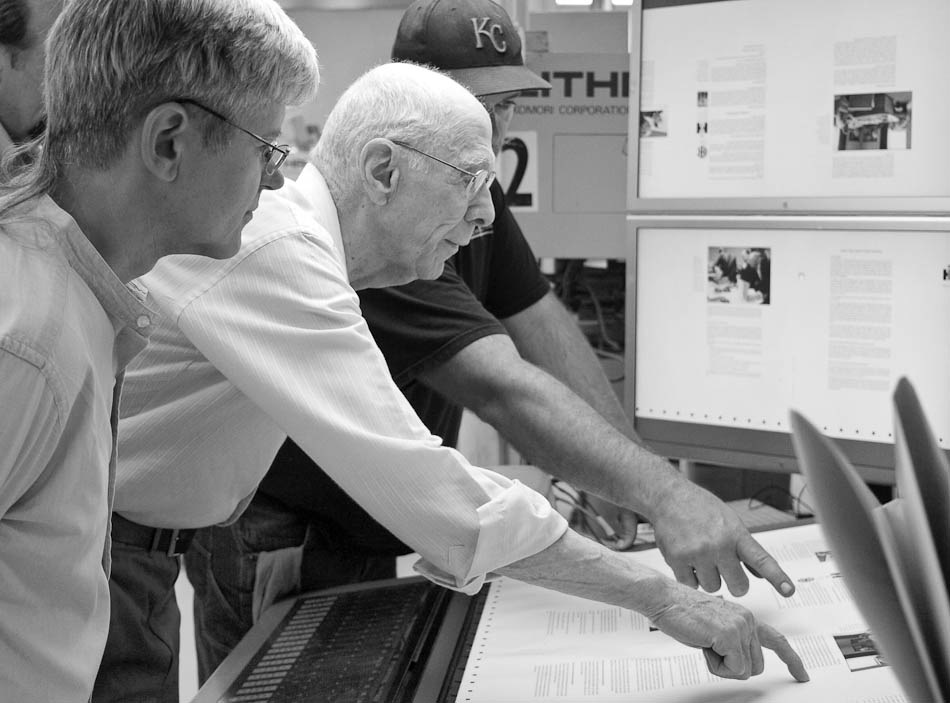 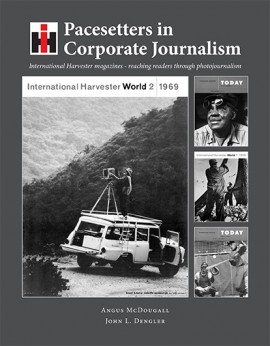 It’s hard to believe that after what has seemed like an eternity, the book that Angus McDougall and I have been working on the past several years has finally gone to press. “Pacesetters in Corporate Journalism: International Harvester magazines–reaching readers through photojournalism” is a 294 page book that gives insight to the editorial philosophy of the International Harvester magazines and firsthand knowledge as to how they operated. The book has reproduced pages from the magazines that are accompanied by background information on them by “Mac” who was the associate editor and photographer for the magazines during the 1950s and 1960s.

Yesterday, I met Mac and David Rees, head of the photojournalism sequence at the Missouri School of Journalism at the Watkins Lithographic printing plant in Kansas City to oversee the initial printing (which will take several days). Dave Mullies, and Tom Daniels were most gracious to allow us to pepper them and the press crew with questions and comments during the printing.

My advice to anyone doing a book project is to make sure you attend the starting of the press. There is no question in my mind that showing up for the press run, asking questions, and asking for tweaks in the presswork helped Watkins Lithographic highly skilled press staff ensure they were giving us the best possible printing.

Yes, you might get a better deal on the printing cost by printing in China, but I can guarantee you that if you show up at the plant, talk with the pressman, work with them with what you are looking for in reproduction and just show that you care, you will get a much superior job. Showing up as we did is something you can’t do (or at least easily) if you offshore your printing.

ABOVE: John L. Dengler (left) and Angus W. McDougall (center) review a press proof with an unidentified pressman at Watkins Lithographic in Kansas City, Mo. McDougall and Dengler were at the pressrun to oversee the printing of their book “Pacesetters in Corporate Journalism: International Harvester magazines–reaching readers through photojournalism” – Photo by David Rees