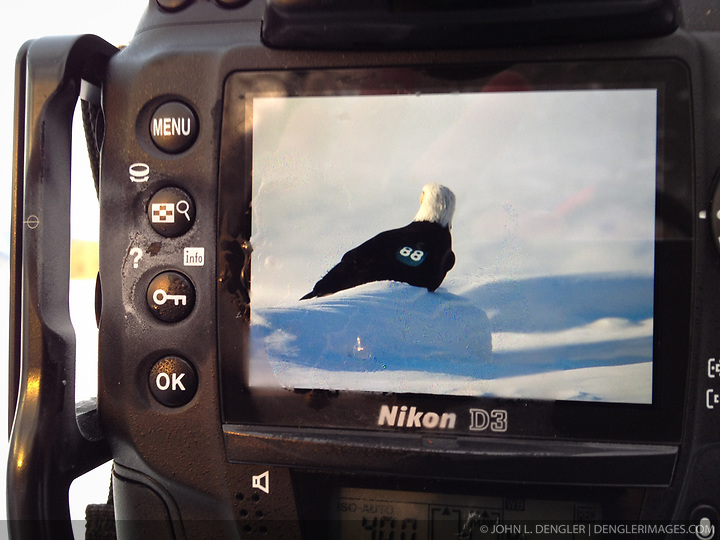 Over a three year period, I have talked about a leucistic, white-tipped bald eagle, that I have watched and it is always interesting to see where this eagle shows up. A few days ago, I spotted another special bald eagle while on the Chilkat River in the Alaska Chilkat Bald Eagle Preserve near Haines, Alaska. In this case, the eagle is easily identifiable by a large numbered green badge that is attached with a rivet-like coupling to its wing.

According to the Takshanuk Watershed Council website bald eagle Number 88 was originally tagged by the U.S. Fish and Wildlife Service in Juneau, Alaska (roughly 95 miles away) as part of a study examining the effects of nest removal at the Juneau airport. Steve Lewis, of the U.S. Fish and Wildlife Service, was quoted as saying that Number 88 was a control bird matched with a pair of eagles that were nesting near the pond airstrip where float planes land and take off. The eagle originally had a GPS tracking pack but lost it this summer.

Like the leucistic bald eagle, it will be interesting to see where Number 88 shows up in the years to come. Knowing that you are seeing the exact same bird year after year is like seeing an old friend.

UPDATE: In late May 2013 Lewis reported that bald eagle Number 88 was found dead on the Klehini River. While Lewis doesn’t know the cause of death it appeared that the eagle might have died of starvation.

UPDATE: In late October 2012 I spotted Bald Eagle Number 24, also part of this study, on the Chilkat River not far from where I spotted bald eagle Number 88 the year before. 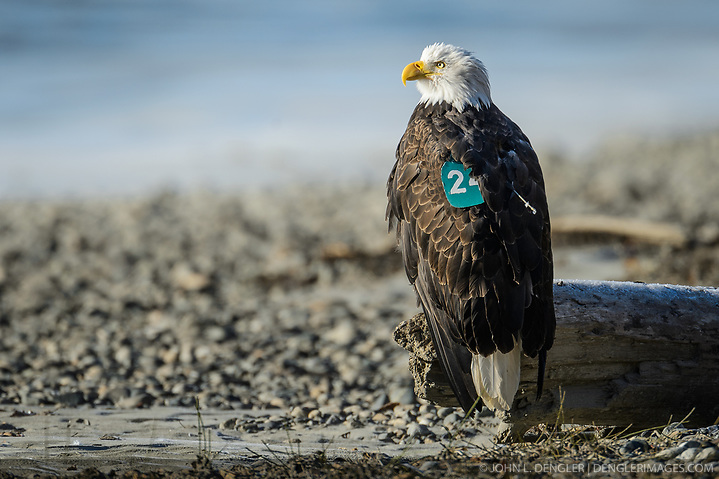