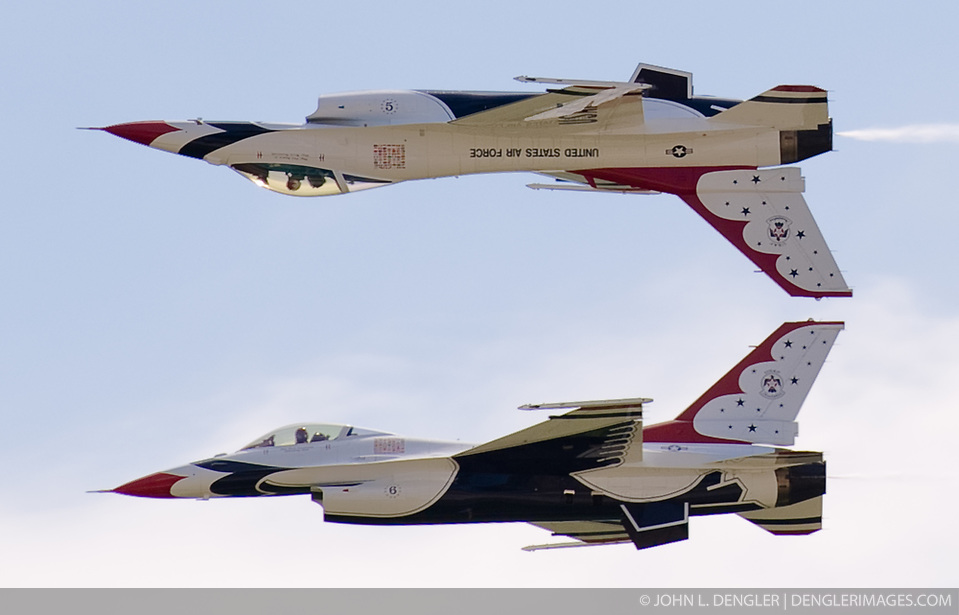 My photography career has intersected with aviation many times. For stories, I’ve been in hot air balloons, rode with helicopter traffic reporters, flown in a glider, done aerial photography from “doors-off” helicopters, flown in an open cockpit of the Red Baron Squad, flown in the Goodyear Blimp and experienced a scary incident with an electrical fire in a four-seater plane. I’ve also done stories on F-15 test pilots, and once in the early years of my career stupidly attached remote-controlled cameras to an acrobatic pilots plane (great photos, but I was sure lucky they didn’t come off). I’ve even had a helicopter pilot that I was flying with land his helicopter in a McDonald’s parking lot because he wanted lunch (I reminded him that I didn’t think they had a “fly-thru” window).

Enough ancient history — so, despite the threat of rain in the afternoon, I was drawn to photographing these “birds” even if they were of the metal variety. I packed light and mobile for the event. I left the 600mm at home and instead opted to use my 70-200mm and when needed, a 1.4 teleconverter. Festival-type shooting always requires you to move easily and quickly through crowds. To this end, I carried my equipment in a couple of ThinkTank pouches attached to their Racing Harness and Steroid Belt.

Air shows are always fun, and challenging to shoot. You have a variety of different aircraft, flying at vastly different speeds. You might need the fastest shutter speed your camera offers to capture the just below speed of sound pass of a fighter jet, or a significantly slower speed to capture the ever so slight blur of a propeller (nothing worse than to “freeze” a propeller — making the plane look like it has lost power). 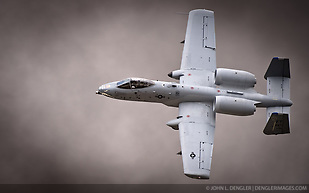 Air shows also force you to anticipate and be prepared to react to any unexpected action. If you haven’t already begun tracking the plane when it is early inbound, and, figured out what it might do on the pass, and where that is likely to happen, you’re going to miss the shot. That anticipatory thinking led to my getting a photo of two of the F-16 Thunderbirds appearing to be flying in unison. Another time was when I noticed the odd shuffling of spectators by event organizers near the airport runway during the A-10 Thunderbolt II demonstration. I knew something was up but didn’t have a clue, but suspected the action was going to be on the ground and not the air. While I was surprised as everyone else. KABOOM! I was in the right position and focused in the right spot.

ABOVE: A Fairchild-Republic A-10 Thunderbolt II “Warthog” jet from the United States Air Force makes a pass after a fiery simulated bombing run during the air show at the new Branson Airport in Branson, Mo. The pyrotechnic display was by Rich’s Incredible Pyro.. Photographed using a Nikon D3, using Nikon 70-200 mm f2.8 lens. Image capture: 1/1000 at f4.5, EV -1.7, ISO 200