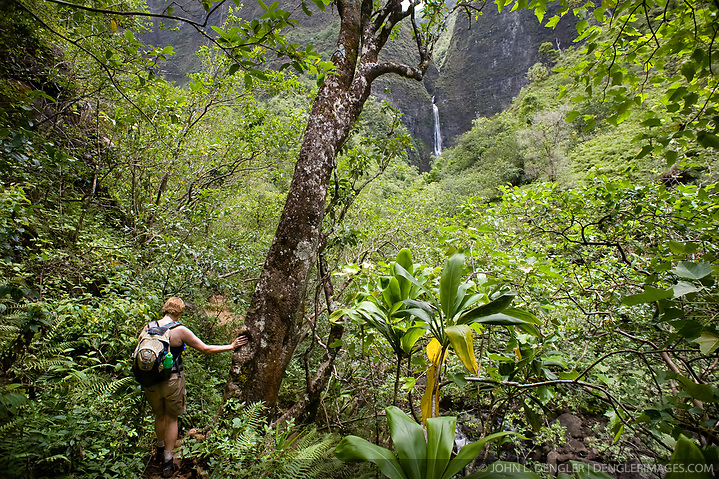 I have always been fascinated by the natural beauty, environmental challenges and the history of the Hawaiian Islands. Because of this I’ve made close to a dozen trips to the islands including Oahu, Kauai, Molokai, Maui, Lanai, and the Big Island over the years.

Most of those visits have not been at fancy resorts but rather the backcountry of the island’s national and state parks. While most visitors to the islands camp out in fancy resort hotels, much of my time is spent camping in a tent, slogging through a rainforest bog, or camping where steam from a nearby active volcano was coming out of the ground outside my tent.

Images from the Big Island

It’s been a while since my last trip to the islands. Much of my outdoor photography in recent years has been focused on Alaska. So I decided I wanted to freshen up my offerings and revisit some of my favorite outdoor haunts in Hawaii. For this trip, the islands of Kauai and the Big Island were on my list. Places of focus on Kauai included the Na Pali Coast State Wilderness Park, Kalalau Trail, Hanakapiai Falls, Kilauea Point National Wildlife Refuge, Waimea Canyon State Park, Alakai Swamp Wilderness Preserve. On the Big Island the primary target was Hawaii Volcanoes National Park. The main pit crater, Halemaumau which is part the Kilauea caldera had been the scene of some volcanic activity earlier this month, but as luck would have it, it died back on my arrival.

Actually, my luck wasn’t good much of the trip. On this trip I experienced much more rain (some of it heavy) than I have in the past. I attributed it to hurricane Carlos which passed south of the islands. While Carlos was never considered a threat to the islands, I can’t help but wonder if it was a factor. My luck didn’t hold out either for the view from Kilohana overlook at the end of the Alakai Swamp Trail, but realistically I didn’t expect that it would. I’ve hiked the trail several times in the past with the same result. Despite this outcome I enjoy the otherworldly look that the fog and low, mist-laden clouds give the swamp (technically an alpine bog, not a swamp). The fact that the Alakai Wilderness Preserve is located on a plateau near Mouth Waialeale, one of the wettest spots on Earth raises the odds dramatically that you will not see the view from Kilohana.

Hawaii is a difficult place to photograph, because so much of it has been photographed, and the part that hasn’t, is difficult to access due to the tropical environment, and rugged terrain. It’s a challenge that is rewarding for those willing to work at it. While many flock to the beaches for sunset photography, I have found the early morning sunrise and light equally beautiful — and devoid of tourists. While I have to admit I get suckered into taking the setting sun photos (how can you not?), I do try to look the other direction and see how the light is dancing on other subjects.

Every time I go to Hawaii, I always make the same mistake of wanting to take too much equipment out into the field (on long day hikes or longer backpacks). And each time after the first day, I realize my mistake and adjust accordingly. The weather in Hawaii is deceptively beautiful — until you start hiking up and down the same ridge or cliff for the xth time. Hopefully, I will be able to find the notes to myself that I took on how to configure my equipment the next time.

As of now, I have some serious editing to do before posting those images. Look for new images in my Hawaii-focused galleries and archives over the upcoming months.

ABOVE: A hiker makes her way through the forest of Hanakapiai Valley to Hanakapiai Falls in the Na Pali Coast State Wilderness Park. The falls are reached by way of a side trail off the Kalalau Trail which runs along the Na Pali coast on the northern shore of the island of Kauai in Hawaii. From the trailhead at Kee Beach in Haena State Park, the strenous hike is eight miles roundtrip. Photographed using a Nikon D3 and a Nikon 20mm f2.8 lens. Image capture: 1/320 at f5.0, ISO 200