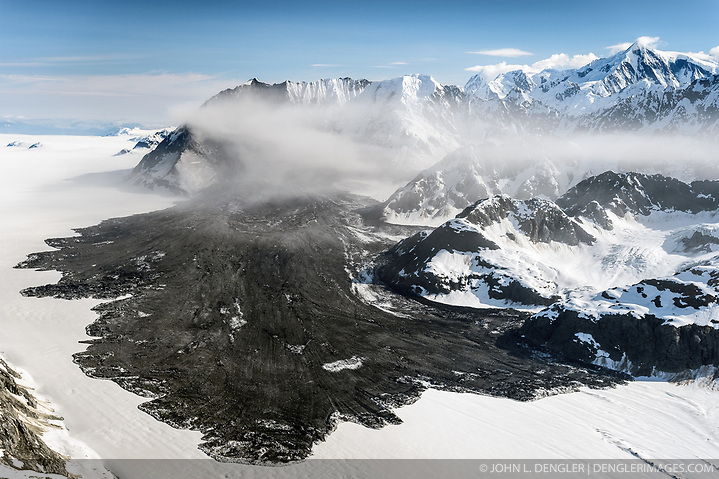 Two days later, I had the opportunity to survey the destruction first hand. It is hard to fathom how half of a mountain could simply disappear by spilling itself onto the glacier. The 4,000-foot-high mountainside released approximately 120 million metric tons of rock in 60 seconds during a landslide onto the Lamplugh Glacier. In an interview with the Alaska Dispatch News, geophysicist Colin Stark of Columbia University’s Lamont-Doherty Earth Observatory described the slide as “exceptionally large.” He compared the massive landslide to roughly 60 million medium SUVs tumbling down a mountainside. Yes, that’s what he said. 60 MILLION SUVs careening down a mountainside, all at once.

There were several geologists on the plane with me who also wanted a closer look. Paul skillfully piloted his de Havilland Beaver close to the top ridge of the slide. 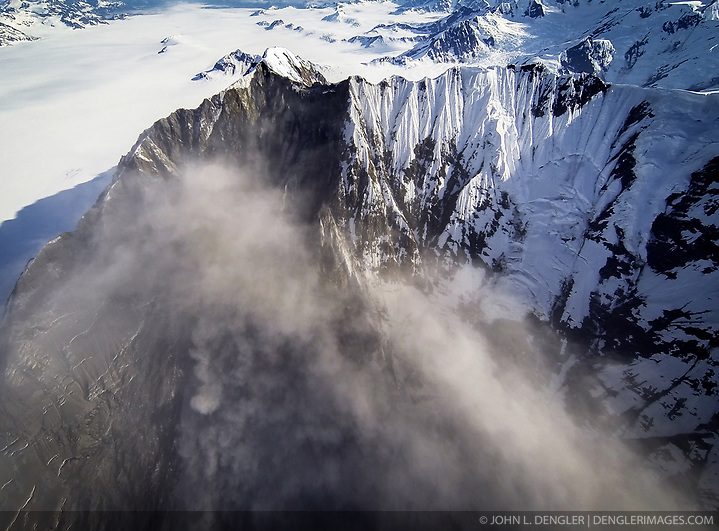 Boulders were still tumbling down the unstable mountainside as we circled the ridge, adding to the dust cloud still hanging over the Lamplugh Glacier. Even the geologists aboard were amazed at the power of what we saw. In an interview with Haines public radio station KHNS, Micheal West, director of the Alaska Earthquake Center at the University of Alaska Fairbanks said that the vibrations, equivalent to about a magnitude-5.5 earthquake, were picked up as far away as Barrow and Nome. Scientists say that tectonic plate activity and eroding glaciers are often the cause of such landslides. As glaciers melt, mountainsides no longer receive the buttressing support afforded by a glacier.

Landslides are not uncommon is this geologically active region. While most are smaller, last fall in Alaska’s remote Taan Fiord of Icy Bay, a similar-sized landslide produced a wave that took down trees more than 500 feet up the opposite mountainside.

Think about this. A wave of water crashing up the opposite mountainside of a bay to a height almost as tall as the Gateway Arch in St. Louis, stripping the forested mountainside to bare rock. I guess it is nature’s version of a belly flop into a swimming pool. 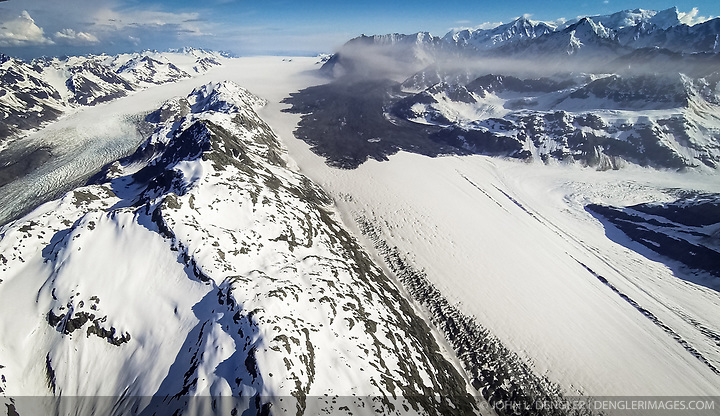 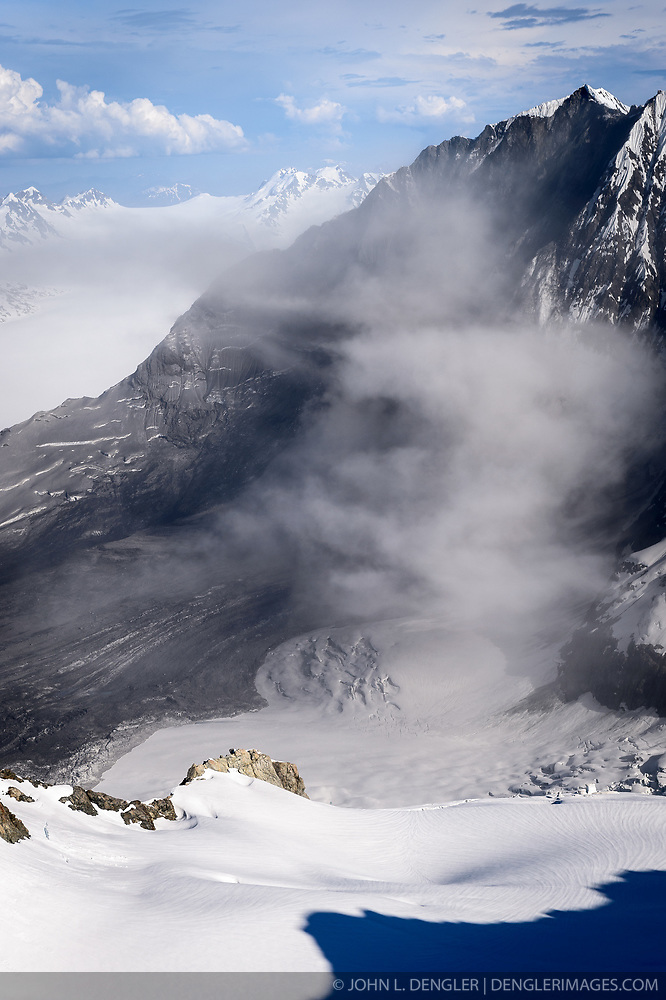 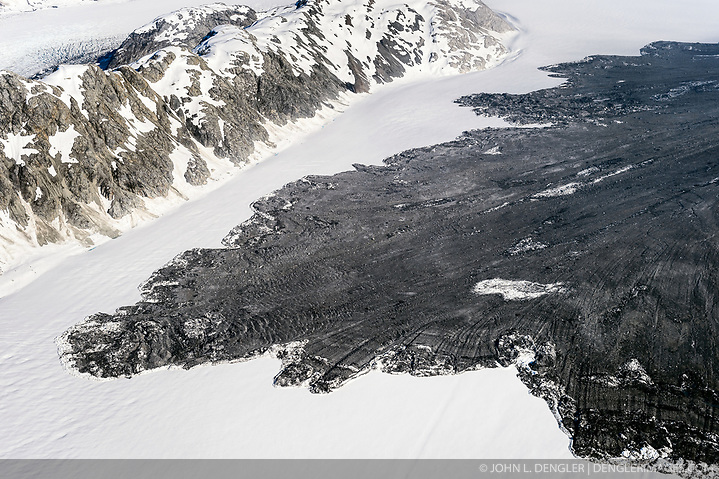