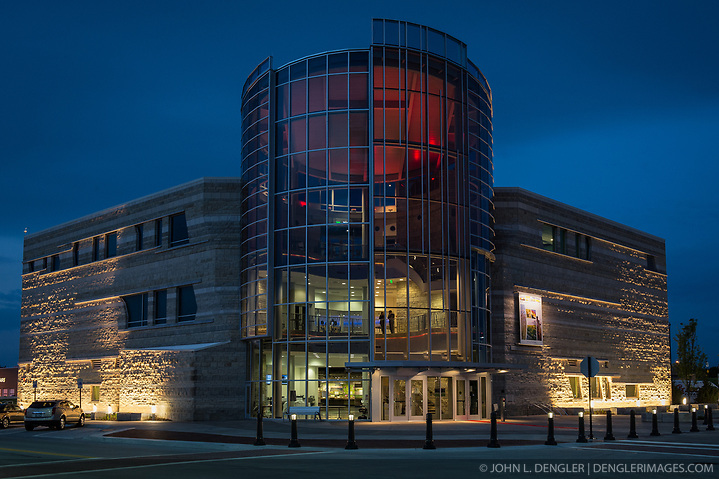 I am probably the only photographer in the universe to have a photograph displayed under a cow chip.

My photo of a pair of dung beetles rolling a ball of bison dung, taken at the Tallgrass Prairie National Preserve in the Kansas Flint Hills, is part of an interactive display at the Flint Hills Discovery Center in Manhattan, Kansas. To see the photo, you had to flip the ‘cow chip’ up. Brilliant! I love it. My other photo of bison on the tallgrass prairie was displayed more traditionally as a five foot panorama that is part of the permanent interpretive exhibits at the center. The panorama was impressive, but not as much fun as the cow chip exhibit.

When I attended the grand opening of the center back in April I knew the Flint Hills Discovery Center had licensed two of my photos and was eager to see how they were used. I quickly found the panorama, but I looked and looked for the dung beetle photo. I thought that perhaps they decided to not to use the photo. It wasn’t until I started to read the interpretive exhibits closely that I discovered the photo under the cow chip. 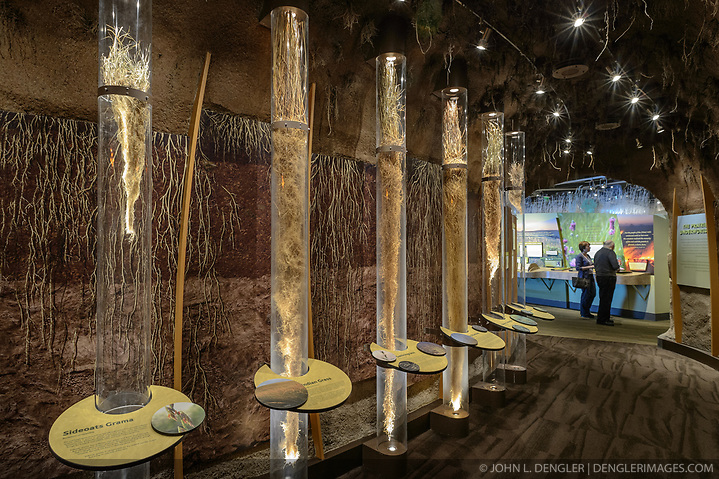 Attractions of the Flint Hills Discovery Center include: an ‘underground forest’ depicting the long roots of prairie plants including the 7-foot roots of bluestem prairie grass; explanations of importance of fire to the Flint Hills tallgrass prairie; and exhibits about the people and cultural history of the Flint Hills. One of my favorite exhibits is the15-minute ‘immersive experience’ film which has special effects including smoke, fog, mist and wind which appear in the theater as the high definition film is shown on a large panoramic screen. 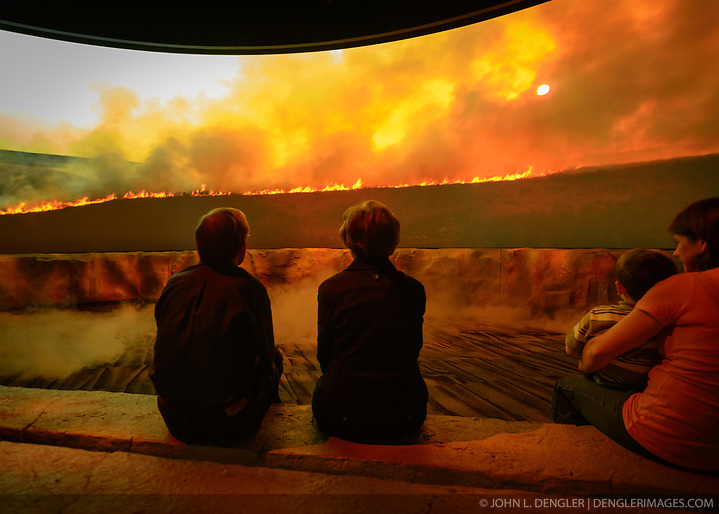 The Flint Hills Discovery Center, owned by the city of Manhattan, was designed by the museum architectural firm Vern Johnson Inc. with interpretive design and planning by Hilferty and Associates. In addition to the permanent interactive exhibits, there is space for temporary exhibits, and areas for community programs and outreach activities. 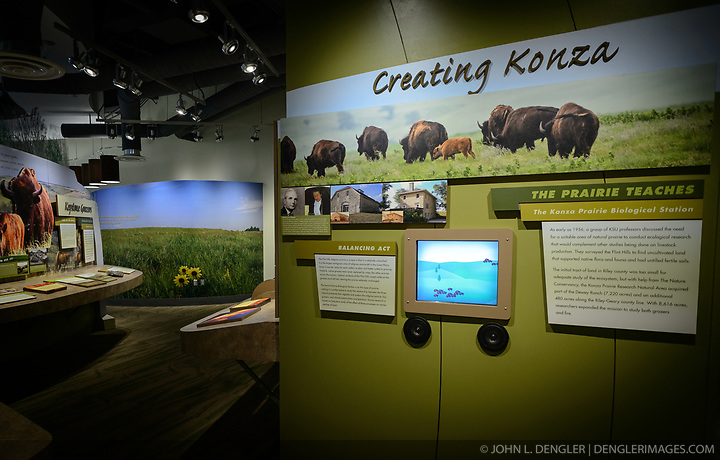 « Experience the ultimate in fine art presentation with acrylic face mount fine art prints
A look back: Rocky start to the Tallgrass Prairie National Preserve in the Flint Hills »